The Department of Justice inmate locator still lists Timothy Villagomez, James A. Santos and Joaquina V. Santos as "in transit."

Just saying...
Posted by Saipan Writer at 7:59 AM 4 comments: Links to this post

This from Ruth Tighe's latest On My Mind:

And a plethora of public hearings coming up! To wit:
Tuesday, August 25: 6:00 p.m., at the multi-purpose center in Susupe, Zoning Board hearing on the Beach Road Corridor Improvement Plan. More information from the Zoning Board at 234-9961.

Wednesday, August 26: 3:00 to 5:00 p.m. Not exactly a hearing, but worth mentioning: release of the Directory of Traditional Healers and Medicinal Plants of the CNMI at the multi-purpose center in Susupe, a project funded by an Administration for Native Americans grant and sponsored by several local individuals and organizations;

Wednesday, August 26: 6:30 p.m., Retirement Fund hearings on Res. 09-002, which “restricts the Fund from processing any amendments or additions to originally filed Applications for Retirement that would add beneficiaries arising through adoption for purposes of the computation of survivor benefits,” and Res. 09-003, which “proposes for the Fund to cease processing refunds of employee contributions." More information available from the Retirement Fund at 322-3863.

Friday, August 28, 6:30 p.m., at the San Roque school: hearing on the Environmental Assessment Report on the Kalabera Cave Development project prepared for MVA by Herman B. Cabrera and Associates. More information available from his office at 234-1778.

Thursday, August 27: 6:00 p.m., at the Zoning Office in Dandan on "conditional" use of a former garment factory building in Koblerville by Pancy, Inc. More information available from the Zoning Board at 234-9661.

Monday, August 31, deadline for comments on Senate Bill 16-60 "To enhance enforcement powers and authority under the Alcohol Beverage Control Act and for other purposes" - which would give Board members the same powers as peace officers in enforcing ABC laws and regulations. More information from Congressman Joseph C. Reyes at 664-8836.

Posted by Saipan Writer at 3:12 PM No comments: Links to this post

Here's my latest experience with the poor boonie dog of Saipan.

Last week I came to work and smelled a faint unpleasant dead smell. I didn't look around and hurried to my office, intent on my trial calendar for the day.

That afternoon, I learned that the dead smell was coming from a dog, lying in the sun in the field outside my office, between the Joeten-Kiyu Public Library and the Civic Center. The hot sun beat down on the carcass of a dog with a collar. Looked like a German Shepherd/mix.

I thought-collar, someone will be missing their dog and come and get him.

The next day the stench was unbearable. It was now an office problem as people coming into our office couldn't help but smell the odor as they approached our door.

Two of my support staff went into action. They called the Saipan Mayor's office. A lady there put them on hold; and then came back and said call Sanitation. They called Sanitation and spoke to someone named Lia (phonetic). She put them on hold to check with her supervisor, and then came back and told us to call the Mayor's Office. My staff called the Mayor's Office again. The same woman explained they don't have "this program" anymore because there is no budget. She asked if we'd called Sanitation, and we said we did and had been referred back to the Mayor.

The two support staff took turns calling DPS. One was transferred to different departments and told they don't take care of this. Later the lunch hour dispatcher called back in response to a missed message from the other staff. The staff member was put on the line with Sgt Kiyoshi, who said DPS only entertains the matter if the dead dog is hampering traffic, and then they move the carcass to the side of the road.

We went around the loops a few more times over two days. I spoke with my neighbor office staff and encouraged them to call. But I finally gave up. The carcass was melting in the sun. Nature was taking its smelly course. The stench was sickening through the week, but the poor creature was less and less definable as a dead dog.

By this week, Monday, Nature had finished its messy business. The carcass, what wasn't eaten, has completely sunk into the ground, destroyed, decayed, degraded back to nature. There is only a shadow on the ground now.

Dead dogs can be taken to the transfer station, which charges $35 to properly dispose of them.

But a dead dog on government property? No one (including me at my private, not-for-profit law office) takes responsibility.

This is a real shame.
Posted by Saipan Writer at 6:00 PM 5 comments: Links to this post

If you're on Facebook, you can get all of the details here.

The Great Nationwide Kiss-In (Saipan!)
Because we should be able to kiss whomever we like, wherever we like...


Description: There's not enough love and affection in the world, because most people are afraid to show it. We should never be afraid of brief, unimposing displays of affection. There is nothing wrong with a hug, a kiss on the mouth, or a kiss on the cheek.

Okay, you ask, but what does this mean? What is a Kiss-In?

Well, it's quite simple. On the suggested date and time, at the Minachom Atdao pavilion, you'll bring your husband or wife or partner or boyfriend or girlfriend or good friend, and at 4 a.m., you'll kiss. It's one of the simplest things in the world to do!
Posted by Saipan Writer at 9:53 PM 1 comment: Links to this post 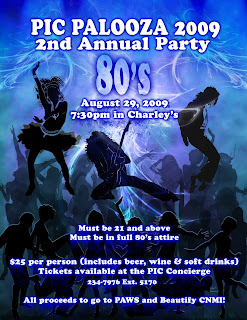 Posted by Saipan Writer at 9:49 AM No comments: Links to this post

More thoughts on the sentencing ruckus...

I had to read this bit from the Marianas Variety twice:

The defense said that the numerous letters of support and an unsolicited petition with over 600 signatures representing cross-sections of the CNMI is enough to attest to the high respect and esteem the defendants hold in the community.

Because it sounds as if an attorney actually tried to convince the Court that the CNMI community supported Tim Villagomez getting a lenient sentence.

The defense counsel said there were about 600 signatures in support of a motion and petition for the court to hand down a probation sentence or a sentence outside of the guidelines.

Other petitions also were submitted to the court on Tuesday.

Judge Munson asked the defense counsel point blank if the signatures represent a cross section of the community. She said she believes it is but is not sure.

And so we see, there is some hedge there. Not a bald-face lie, just a willing belief in total fiction as truth.

The attitude seems to be: Will this fly? What will you believe? What do you want to hear?


Do those signatures really represent a cross-section of the community?

The statement that the 600 signatures believably represent a cross-section of the community appears to have been made by Leilani Lujan.

If you had any credibility, Ms. Lujan, you've just lost lost the last little shred of it.
Posted by Saipan Writer at 5:48 PM 3 comments: Links to this post

I'm back in Saipan from vacation. Sentencing of Tim Villagomez and James and Joaquina Santos occurred on my first day back, but I didn't attend. Just stopped by to get the news (after the morning session, before Joaquina's sentence).

Wendy has two great posts that deal with all the details.

My two cents:
* I thought in the end that Mr. Santos would step forward and plead for leniency for his wife, and take some of the blame. I'm sorry I was wrong on that score. (I sincerely feel sorry for their daughter.)

* The jail time is less than the 10 years asked for, but still hefty. 7 1/4 years for Tim; 6 1/2 years for each of Mr. and Mrs. Santos. Even with time off for good behavior, these people face serious loss of liberty for their crimes. From my point of view, this is a good balance--serious time for serious crime, but not the maximum allowable, some mercy and some consideration of first time offender-status.

* Only Mr. and Mrs. Santos were fined. I believe Tim avoided this because of his lack of income and resources. And that just makes me wonder--how could a man with a steady stream of high-paying jobs end up with nothing? What did he do with his money? While it was his, he could do whatever he wanted (including buying the boat, and running for elected office)-it's none of my business. But I'm curious. How does an intelligent, income-earning man end up with nothing?

* As for the message to others here? I doubt this will make much difference. Look at New Jersey, Chicago, Louisiana, Ohio.
Posted by Saipan Writer at 9:23 AM 3 comments: Links to this post